We are back again with our epl review for matchday 2 of the EPL 2021/2022 season. Unlike matchday 1 where we witnessed 32 goals scored, 25 goals were all we witnessed on matchday 2. The good thing about matchday two was that there was an unexpected scoreline. With fans back into the stadiums, we should start expecting upsets once again in the EPL this season.

Liverpool made sure Burnley’s losing streak continues with a 2-0 win. Jota and Mane scored the goals for the Reds while Salah had a goal disallowed for offside. Star performance was from Alexander-Arnold who provided a sweet pass for Mane who scored Liverpool second that Saturday’s afternoon. If it weren’t for Nick Pope, Sean Dyche’s team would have been on the receiving end of some thrashing.

Danny Ings continues with his scoring form for his new club Aston Villa with his opener, leading to a 2-0 win for his team. While Steve Bruce’s men did more of the playing, Villa looked like scoring and wanted to win. The result leaves Newcastle with 0 points after 2 games and Villa with 3 points from 2 games.

Brentford is enjoying their lives in the Premier League, picking 4 points from their first 2 EPL games. A 0-0 draw was all that was needed for the newly promoted Brentford to get a point from this game. And for Crystal Palace, this is the season they look like dropping into the Championship. Patrick Vieira’s team should be collecting maximum points from games like this but were terrible all afternoon.

After losing 5-1 to Manchester United on matchday 1, Leeds Marcelo Bielsa and Leeds were able to stop Rafael Benitez and his Everton team from taking all 3 points from this game that ended 2-2. Goals from Klich and Bamform respectively cancelled out goals from Calvert-Lewin and Gray.

A must-win for Man City and they went out to thrash the new side, Norwich 5-0. Jack Grealish scored Man City’s opener for the game and the season from a Jesusassist. Mahrez, Laporte and Sterling were on the scoresheet for City while Krul scored an own goal to make it 5.

Norwich has conceded 8 goals from their first 2 league games without scoring any so far. They look like a strong candidate for relegation this season.

It was 2 goals in 2 games for Maupay as Brighton handed Watford their first defeat after returning to the EPL. Graham Potter’s team was the better team for the whole 90 minutes and deserved to take all 3 points as Watford weren’t able to mount pressure that can result in them scoring goals.

Southampton picked up their first point of the first after a 1-1 draw with Man United. at St Mary’s. The host took the lead in the first half when Fred deflected Adam’s shot passed De Gea goal posts. It was Greenwood who would level for United after converting Paul Poba’s pass into Southampton’s goalkeeper, McCarthy.

The Saints made sure Bruno had a very quiet Sunday afternoon. Ole’s men away streaks of not losing continues and now is equal to that of Arsenal.

Life under Nuno Espirito Santo continues to be exciting for Spurs. While Bruno Lage is yet to get a point after his first two league games since he was appointed to replace the now Spur’s manager.

A 9th-minute penalty was enough to settle the score in this game. Two consecutive 1-0 wins for Spurs means they sit 5th on the league table behind West Ham, Chelsea, Liverpool and Brighton.

Chelsea rode to their second win in a row by defeating Arsenal at The Emirates, 2-0. Romelu Lukaku scored his first goal for Chelsea after 10 years on his second debut for the Blues. Arsenal slumped to their second defeat as they also await a third next weekend against defending Champions, Manchester City.

Arsenal will try to use their Wednesday’s game against West Brom in the EFL to create a momentum preparation for the City’s game.

We expected goals from this game but not thrashing.We got our goals, 5 in number but the unexpected happened. Leicester got hammered by the Hammers.Antonio became West Ham’s top all -time EPL top scorer after scoring a brace in this game.

There was no show for Vardy as Tielemans was the one who scored the consolidation goal for the visitors. The win pushed David Moyes’ men into 1st position on the league after two games with a 5 goal difference together with Liverpool.

After matchday one, I noted in last week’s EPL review that Moyes, Brenden, Bielsa, and Nunu will provide the threats the big 4 need this season and I still see this happening, especially with West Ham, Everton and Tottenham. This EPL review is to give recaps of matchday events. Subscribe to our news letter and stay updated with actions from the English Premier League.

Match Day 1 EPL ReviewThe English Premier League is back for the 2021/2022 season and it was an eventful weekend for all fans. Fans were allowed to return to the stadium for the first time afte...
August 16, 2021
Read More

Paul PogbaMost Manchester United fans and Souness are the only ones on earth not seeing Paul Pogba’s contribution to the red devils since he arrived from Juventus in 2016. He is responsib...
July 25, 2021
Read More 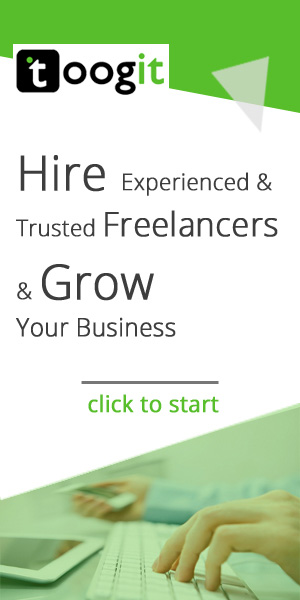