C Ronaldo second coming: a move that shouldn’t have happened

One of the most decorated footballers of all time, C Ronaldo has nonetheless been a curse to Manchester United since his return. This is one truth most Man Utd fans are unwilling to admit but I am certain that without the Portuguese sudden move from Juventus to the red side of Manchester, the club would have done well last season.

The Portuguese superstar was sold to Real Madrid in 2009 for a then-world-record fee of £80 million, where he went on to establish himself as one of the greats in the game. But his departure signaled no negative effect as Man Utd was able to win the EPL title twice in the last four(4) seasons of Sir Alex Ferguson. Since the 2012/2013 season, the Red Devils have failed to win the Premier League title. They’ve only managed to finish in the top four on five occasions.

After 9 wonderful years with the Galacticos, where he left staggering stats( 450 goals and 131 assists in 438 matches) that are unlikely to be reached or be broken, the Portuguese moved to the Serie A, featuring for Juventus for three seasons, before returning to Man Utd. Canceling whatever last-minute deal he was supposed to have with Pep and Manchester City.

His return to Man Utd wasn’t pleasant to me but I also welcomed it because I know it will expose how terrible a coach Ole Gunnar Solsjkaer was. Most fans believe Ronaldo’s return will push the Red Devils, who had finished as runners-up in 2020/2021 to Man City, to fight for the title last season but the result was far from expectations.

In this article, I will discuss why C Ronaldo is causing more harm than good to Manchester United. Why he alone would be the greatest undoing to whatever Erik Ten Hag aims to achieve in England and Europe.

Why C Ronaldo is a curse to Man Utd

Before CR7 returned, United depended on all the team to get a result from a game. Yes, they weren’t the best in their positions but collectively, they were able to achieve notable results with some of them being in cup finals and finishing as runners-up the season before.

Ole and Fergie might have thought that the move for C Ronaldo was fantastic and the then manager wouldn’t have foreseen that it will be the move that will end his days as Man Utd’s manager. A team with CR7 means you have to sacrifice whatever talents you have upfront.

During his days as a Madridista mean strikers like Benzema and Higuain had to play second fiddle to him. Ronaldo needs a team with good midfield players and that was what both Man Utd and Juventus lacked. Ole knew that he didn’t have the same quality as players like Modric, Kroos, and Casemiro, but he still decided to add him to Manchester United. This same move effectively crippled Juventus’ team core where he was coming from.

When you have Paul Pogba in your midfield, and you intend to bring in C Ronaldo, I aspected Ole to get two defensive midfielders to play the exact role Kante and Mituidi play in France where Pogba shines. A Ronaldo with Pogba, Fred, McTomnay, and Matic in midfield spells disaster and that’s exactly what happened.

As it stands now, C Ronaldo remains a curse to this team because he’s hampering the effectiveness of the current players in the club which in turn, will further extend the club’s trophyless run. It is either the club fixes Ronaldo-related disease(by getting the right players), or lets him off their wage book.

Let’s take a lot at how players have been performing between the 2019/2020 season and the 2021/2022 season. We will use the Sofa Score rating to gauge why Ronaldo’s move wasn’t the right one for United last season.

With 8 players having an average rating of 7+, you can not understand why Man United finished second, behind an impressive Man City team where 11 players have a season average rating of 7+. You can see improvement in the Red Devils’ performance as they progressed as a group which was evident in the first few weeks of the 2021/2022 EPL season when Man United was sitting at the top of the league.

With only four players having a season average rating of 7+, you can understand why the club finished with its lowest league point since the league was changed in 1993. Man City who won the league had eighteen players with an average seasonal rating of 7+.

Without Ronaldo, United wouldn’t have won the league but still wouldn’t have done so bad as they finished the season with 58 points, two points better than West Ham United.

How to get over the C Ronaldo curse

If Manchester United are serious about achieving any success on the field in the next few seasons, they need to start by selling Cristiano Ronaldo. It would be much more expensive and time-consuming to fix a team that will help Ronaldo perform at the same level as he does for Madrid than simply letting the Portuguese star leave this summer. So, this love affair should sing “End of the road” now than continue with hopes that success is near.

But if they must continue with Ronaldo in the team, the midfield needs to be fixed. But the pursuit of Frankie De Jong is a strong indicator that Ronaldo shouldn’t be in the team anymore. I don’t see why the club failed to get Tchouameni from Monaco before Madrid did.

Over the last 6 seasons, United has failed to capitalize on the ability of Paul Pogba. All that was needed to create a midfield that will allow Pogba to perform as he does for Frace every week was to get Ndidi from Leicester. Convert Wan-Bissaka to a midfielder with the sole purpose of him doing dirty midfield tasks like Kante, Especially after the departure of Ander Herrera.

The club’s failure to establish itself as a European heavyweight in the last 10 years is down to the fact that United hasn’t been able to create a midfield that can rival the likes of Madrid, Barcelona, Bayern, and Man City. In fact, in the last 10 years, the only time the club looked solid in midfield was when they had Matic, Herrera, and Pogba.

With Pogba gone, Lucas Gourna-Douath, Joris Chotard, and Ryan Gravenberch should be who Man United needs to be targeting since Tchouameni is now a Madrid player. Fixing the midfield should be prioritized in this transfer window. And selected types of players that will allow C Ronaldo excel should top the club’s wishlist.

To keep Ronaldo at the club, they need to get midfielders who will not be focused on scoring goals. De Jong might be a good midfielder, but he won’t help Ronaldo achieve the 40+ goals stats that we know he is still capable of.

Therefore, the easiest way to cure this Ronaldo curse would be to let him go because I don’t see how United will fix its midfield and wing lapses all in this transfer window.

What is your take on this? Should Man United start their rebuilding process this season by letting Ronaldo go or they should build a future team based on CR7 playing style? Leave your views in the comment section. If you have an article you’ll want to share with our audience, submit it here. 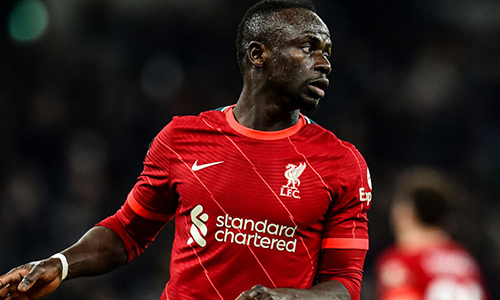 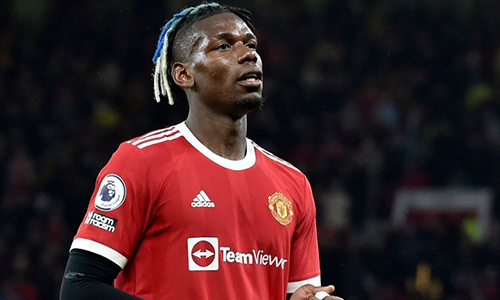 Listen to this article Paul Pogba at Man United Most Manchester United fans and Souness are the only ones on earth not seeing Paul Pogba’s...